To my dear brother, Patrick Teoh

I don’t know if you will read this or not, but as a Muslim and as a fellow Malaysian, I’m concerned with the situation that has been taking place recently related to your controversial post on Facebook.

First of all, I’m nobody but only a student. I’m not representing any party but only myself. I know that you have made an apology on your Twitter and Facebook.

I’m writing this letter not to judge you, but just to clear out some points which you had mentioned earlier in your post.

And what I’ve learned throughout my friendship with them is even if there’s something that we could not agree on, that is not going to prevent us from respecting each other.

As stated in the Quran from chapter 49, verse 13: “O mankind, indeed We have created you from male and female and made you peoples and tribes that you may know one another.”

As well in chapter 60, verse 8: “Allah does not forbid you from those who do not fight you because of religion and do not expel you from your homes – from being righteous toward them and acting justly toward them. Indeed, Allah loves those who act justly.”

I’m disappointed with what you’ve done but that doesn’t mean I have to spit out harsh words against you because it is not going to make things better anyway.

In the Quran, Allah stated in chapter 3, verse 186: “You will surely be tested in your possessions and in yourselves. And you will surely hear from those who were given the scripture before you and from those who associate others with Allah much abuse. But if you are patient and fear Allah – indeed, that is of the matters [worthy] of determination.”

Even in the Quran in chapter 6, verse 108, we are not allowed to insult other religions.

“And do not insult those they invoke other than Allah , lest they insult Allah in enmity without knowledge. Thus We have made pleasing to every community their deeds. Then to their Lord is their return, and He will inform them about what they used to do.”

Regarding the issue that you’ve raised before, actually Kedah government has withdrawn the guidelines and has given a green light for the function to take place. So the matter should not be raised in the first place, because it has been solved.

Ok. Let me make it clear, even if Kedah government still insists in doing so, you definitely have the rights to voice out your opinion as a citizen. But what are those have to do with individuality, praying five times a day and covering up all women?

Just to let you know, praying five times and wearing scarf properly to cover parts of women’s body are imposed only for Muslims. They have nothing to do with non-Muslims and definitely non-Muslims cannot be forced to practice them.

As a verse in Al-Quran states in chapter 2, verse 256: “There shall be no compulsion in [acceptance of] the religion. The right course has become clear from the wrong.”

I would like to take the opportunity via this letter to briefly explain of the acknowledgement of Islam towards non-Muslim.

During the reign of Prophet Muhammad (peace be upon him) in Medina, non-Muslims such as Jews and Christians were considered as citizens of Medina and their rights were protected under the Medina constitutions. They could practice their religions and beliefs freely, and never be hurt or discriminated.

One day, a funeral processation of a Jew passed before Prophet Muhammad. As a sign of respect he stood up. In doing this, he showed respect and shared in the feeling of sorrow with the Jewish family and community.

“Why did you stand up for a Jewish funeral?” he was asked. The Prophet replied: “Is it not a human soul?”

Respecting another human is what Islam has taught us to do so.

I think what we lack today in our community is the willingness to have dialogue between people of different views and opinions. That will bring much more harmony and peace.

Even Prophet Muhammad himself had conducted a dialogue in the mosque between him and the Christians from Najran (it is the area between Saudi and Yemen in modern days).

Just to let you know, I will definitely never ask you to leave Malaysia and to live in other country because of two reasons:
A You and I have the same identity, we are Malaysians. So why on earth would I ask you to leave? Malaysia belongs to all of us after all.
B I would love you to stay so that I hope your questions and misunderstandings about Islam will be answered one by one in a beautiful way. 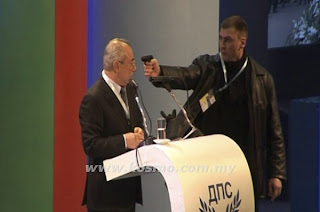 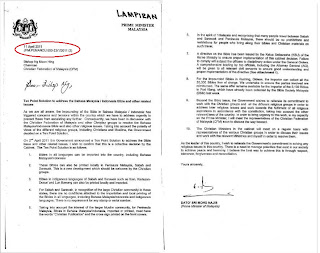 Email ThisBlogThis!Share to TwitterShare to FacebookShare to Pinterest
Labels: Kantoi 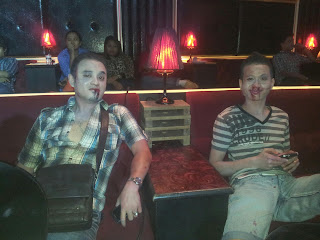 Seterusnya
Posted by Unknown at 14:05 No comments:

Tengok dan nilai apa yang diperkata beliau sendiri..Dont Just Book by it's cover only
Posted by Unknown at 13:05 No comments: