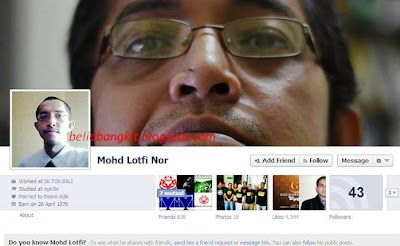 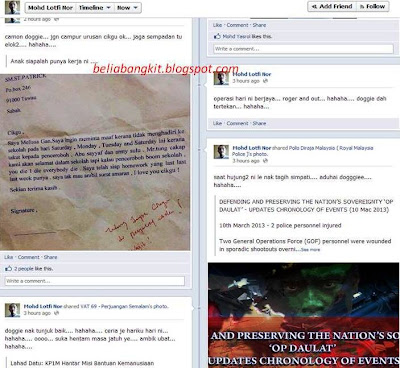 LAGI Berita Penuh [SINI]
Posted by Unknown at 22:55 No comments: 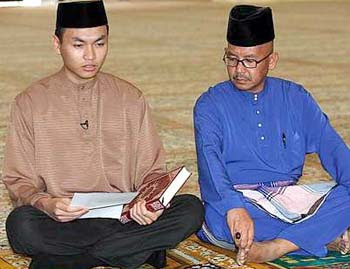 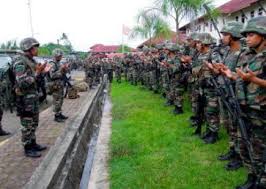 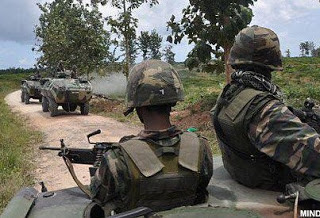 
The boy, believed to be aged between 12 and 15, was killed when security personnel stopped to question five individuals – three men and two women – at Kampung Sungai Bilis during their Ops Daulat sweep at about 9.45am this morning.

According to The Star Online, the security team saw movements in some nearby bushes and opened fire, reacting to the possibility of coming under attack from the Sulu invaders.

Upon checking later, the team found they had killed the youth and injured a man in his 30s in the leg.

In Malaysiakini’s report on the incident, Ismail (picture) said the police were still trying to determine the identities of the duo, including the five individuals who were being questioned earlier.

“They did not have any documents so we are investigating where were they from and what they were doing there,” he was quoted as saying in the news portal.

“After we were informed of this incident, our tactical command centre immediately deployed a military medical team in an armoured vehicle to the location and the seven detained including injured and dead were successfully extracted,” he added.

A total of 62 people have been killed so far since Friday, including 53 Sulu militants, eight Malaysian policemen and the unidentified teenager.

Today is the sixth day of the Ops Daulat crackdown that kicked off on Tuesday, and the 29th day since the group of over 200 armed rebels from the Sulu province in the Philippines landed in the coastal Lahad Datu district to lay claim over Sabah.

The group claims to be members of the “royal security force” of the Sulu Sultanate and followers of the self-proclaimed Sulu Sultan Jamalul Kiram III, an ailing 74-year-old Filipino Muslim who currently stays in Taguig City, Philippines.

Earlier today, police confirmed that a total of 85 individuals have been arrested in connection with the Sulu group’s siege on Sabah.

IGP Ismail said this afternoon that another five were arrested in Semporna, a district two hours outside of Lahad Datu, this morning, Malaysiakini reported.

The five were detained on suspicion that they were involved in the ambush on Malaysian forces over the weekend, which resulted in the deaths of six policemen.

They will be investigated under the Securities Offenses (Special Measures) Act and Section 130(c) of the Penal Code concerning acts of terrorism, Malaysiakini reported. - themalaysianinsider.com 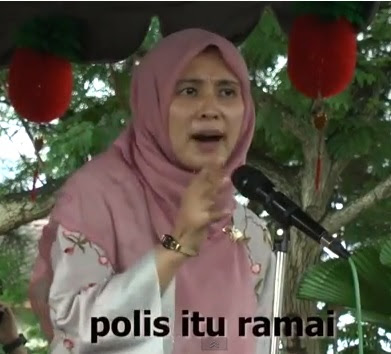 SUMBER
Posted by Unknown at 13:05 No comments: